Critchleys is an accountancy, financial planning and human resource consultancy firm. Critchleys was founded in Oxford in 1906 and is today placed in the UK's top 100 accountancy and financial planning firms, with a large client base including individuals, trusts, businesses, charities and non profit organisations. Critchleys offers the best of both worlds by combining the expertise of a large firm and the personal service of a local practice. 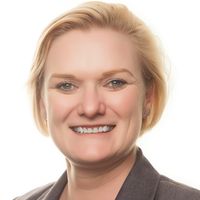 On the 2 June, Critchleys held their Property Land and Networking (PLaN) event on the roof terrace of the Weston Library.

We were the first event that the Weston Library has held on the terrace of this magnificent grade II building in the centre of Oxford.

The intention was that we move our usual quarterly breakfast event to an evening spent in an interesting building or structure in Oxford.

The event was attended by over 30 Oxfordshire property and land professionals who enjoyed one of the best views of Oxford city centre. The vista encompasses the length of Broad Street, The Radcliffe Camera and Divinity School and the more distant; minaret of the Oxford Centre for Islamic Studies, Headington Hill Hall and the John Radcliffe hospital.

The Weston Library was formerly known as the ‘New Bodleian’ and is the home of the Bodleian Libraries' Special Collections. The £80m development of the site commenced in August 2001 with the official opening in March this year. The library has been named the ‘Weston Library’ in honour of the £25m donation given by the Garfield Weston Foundation.

Critchleys PLaN is a quarterly networking and information sharing meeting specifically for Oxfordshire professionals in the property and land sector, the event is held on the first Tuesday of March, June, September and December.

Have you used Passle?
Fran Kidd

Budget July 2015: BBC editors on what to expect
Fran Kidd

The Welsh get their own SDLT
Gerry Jackson

The ethics of inheritance
Gerry Jackson

For plans and pricing, please contact our sales team at sales@passle.net

Sorry, you don't have permission to repost or create posts.

Your repost is currently a draft. Review your repost and request approval.

Sorry - this is not an option. This post already exists in the Passle you have selected.

Try reposting to another Passle.